Stibnite, the antimony sulphide Sb2S3, was known in ancient times. Egyptian women used it to blacken their eyebrows (the Latin word stibium means stain). The flower petal aspect that is observed on the natural sulphide varieties explains the etymology of the word antimony, derived from the Greek ανθος (flower).

However, a cast antimony vase dating back to 4000 BC has been found in Chaldea, and antimony-coated copper articles were used in Egypt between 2500 and 2200 BC.

It is not known exactly who isolated the metal for the first time, but antimony acquired considerable acclaim in 1707 when the French chemist Lémery published his Traité de l’Antimoine. 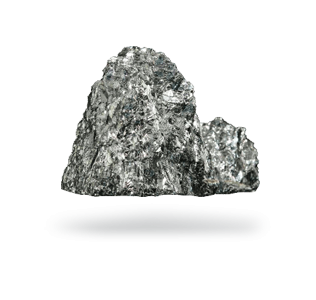 Antimony can be recovered in the residues from the lead refining process. The main end-of-life recycling option is from spent lead-acid batteries mainly recovered from old vehicles.