The two natural arsenic sulphides - realgar (brownish-red) and orpiment (lemon yellow) - have been known since ancient times. The Greeks gave them the name αρσενικος, which means male. This etymology was related to the ancient concept of putting metals into the categories of male and female depending on whether they reacted easily or not with other metals. Subsequently, the word arsenic was given to the metal itself.

There are indications that arsenic was isolated in the 13th century, but Berzelius was the first to undertake systematic research on the element and its compounds in the early part of the 19th century. 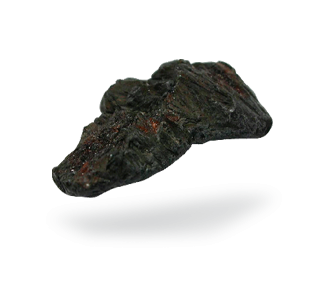 Arsenic's major application is a wood preservative. Additionally, the trioxide is used as a decolouriser and refining agent in glass-making, and methylated derivatives are used as herbicides.

Arsenic metal is also used as an alloying element in certain lead- and copper-base alloys as well as in the manufacture of lead shot. Almost 97% of arsenic is used in the form of the oxide As4O6, a by-product of lead and copper metallurgy.