Lead ores abound in nature and the metal is very easy to recover and shape, which explains the evidence of its use since the ancient times. Lead was used for standard weights and coins, as writing tablets, and in paints. The Greeks mined lead in Laurion in 500 BC and the Romans made extensive use of it in kitchen utensils and water pipes, which led to saturnism, or lead poisoning. It has been estimated that, at the height of the Empire, the Romans were producing some 80,000 tonnes of lead per year. The Romans knew it under its Latin name of plumbum, hence the metal’s symbol Pb. 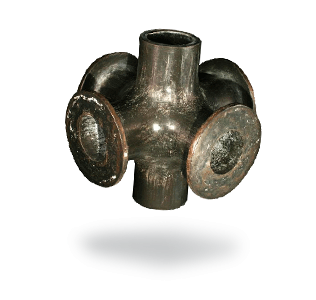 Lead has always been extensively recycled but, following the significant decline in its applications, recycled lead nowadays is obtained almost exclusively from end-of-life lead acid batteries. The metal recovered is returned to the manufacturers of these batteries.