Lithium is the lightest solid element in the periodic table. The soft, silvery-white alkali metal was discovered by a Swedish chemist, Johan Arfwedson, in 1817. But it took decades – up until 1923 – before scientists could isolate it on an industrial scale via electrolysis.

The two main natural sources from which lithium is extracted are minerals (hard-rock) or salt solutions (brines).

The mining of pegmatitic minerals containing spodumene (LiAl(SiO3)2) is mainly located in Western Australia. Via a series of mechanical purification and separation steps the Lithium in the mined minerals can be concentrated. The attained spodumene concentrate can be directly used in e.g. the glass industry or can be further refined into a Lithium chemical.

Although Lithium thanks its name to the Greek word lithos which means stone, the largest part of the industrially used Lithium is extracted from brines. The majority of these salt solutions are found in the salt flats that cover parts from Chile, Argentina and Bolivia: the so-called Lithium triangle. The dissolved Lithium in brines is concentrated by solar evaporation, followed by a combination of precipitation and filtration steps to remove residual impurities like Calcium, Magnesium and Boron. The purified LiCl solution can then be used to make a variety of Lithium chemicals (e.g. Li2CO3 and LiOH). 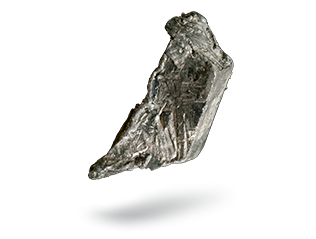 Due to the abundancy of Lithium in nature, the recycling of Lithium had no priority for the many players in the Lithium-ion battery, glass, ceramic, industry. The recent Lithium demand increase for electric vehicles emphasized the importance of recycling. Now, both pyro metallurgical as hydro metallurgical flowsheets are able to recycle Lithium from Li-ion battery waste.