Throughout the Middle Ages miners in Germany occasionally found a brownish-red ore, which they called kupfernickel, after Nick, a spirit that haunted mines. The Swedish scientist Cronstedt managed to isolate the metal in 1751 and named it nickel.

Nickel only began to arouse real interest when the USA started to use a Cu-Ni alloy for its coins. Around the end of the 19th century, nickel found its way into the shipbuilding and armour plating professions. Its use also grew steadily in the development of stainless steels, which currently accounts for more than 60% of nickel consumption. 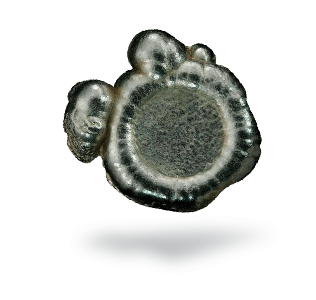 Most nickel recycling is done directly by the steel industry. It is usual practice for special alloys to be recycled as the same special alloy wherever possible: the stringent specifications and the cost of achieving them in the first place can justify them having their own closed loops. Processes now exist for recycling nickel from spent rechargeable batteries.