In 1779 Irish chemist Peter Woulfe deduced the existence of a new element – tungsten – from his analysis of the mineral wolframite (an iron manganese tungstate mineral).

Tungsten was isolated as tungstic oxide (WO3) in Sweden in 1781 by Carl W. Scheele, from the mineral scheelite (calcium tungstate). However he did not have a suitable furnace to reduce the oxide to the metal.

Tungsten was finally isolated by brothers Fausto and Juan Jose de Elhuyar in 1783, in Spain, by reduction of acidified wolframite with charcoal. 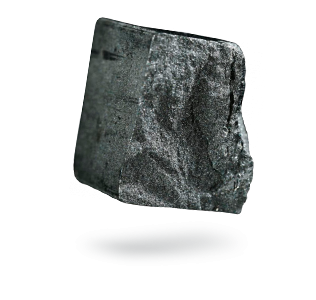 The tungsten processing industry is able to treat almost every kind of tungsten-containing scrap and waste to recover tungsten. Cemented carbide scrap, turnings, grindings and powder scrap from the tooling industry are oxidized and chemically processed.