Upon proposal by the Nomination & Remuneration Committee, Liat Ben-Zur and Gérard Lamarche have been nominated to join Umicore’s Board of Directors. The nominations of the two new directors will be presented for approval by Umicore’s shareholders at the Annual General Meeting on 25 April.

Current Directors Jonathan Oppenheimer, Barbara Kux and Ian Gallienne will step down at the AGM at the end of April.

Thomas Leysen, Chairman of the Board, commented: “I would like to pay tribute to the three departing directors. Jonathan Oppenheimer has been a stalwart of the Umicore Board for over 15 years and has provided wise counsel during the most significant transformation process in the company’s history. Barbara Kux has brought a global outlook and fresh ideas, particularly in the area of sustainability performance, while Ian Gallienne has been incisive in his insights and instrumental in fostering a supportive dialogue between Umicore and its shareholder GBL”.

“Liat Ben-Zur will bring new perspectives to Umicore’s Board. She is recognized as a leader in the area of digital innovation and has a keen understanding of the needs of consumers. Gérard Lamarche brings a diverse leadership experience in a number of industrial sectors, as well as strong financial expertise. The skills and experience of Liat and Gérard are complementary to those of the existing members and I look forward to welcoming them to the Board.” 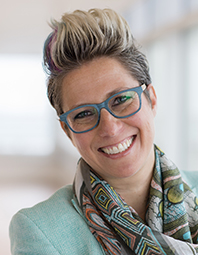 Liat Ben-Zur, who is 40 and of US nationality, is Senior Vice President and Digital Technology Leader at Royal Philips where she is responsible for driving the connectivity & digital strategy across the company. In this capacity, she has reshaped the innovation process at Philips to ensure the interoperability of healthcare products, reuse of common software, and led an organisation that develops Internet of Things (IoT) partnerships and solutions for Philips’ businesses.

Prior to joining Philips in 2014, she had occupied a number of leadership positions at the US wireless telecommunications company Qualcomm. Between 2013 and 2014, Liat Ben-Zur was co-founder and Chairwoman of AllSeen Alliance, a cross industry consortium to advance an open source, common language for the Internet of Things.

Liat Ben-Zur holds a bachelor’s degree in electrical engineering from University of California Davis and a master’s in business administration from UCLA’s Anderson School of Management. 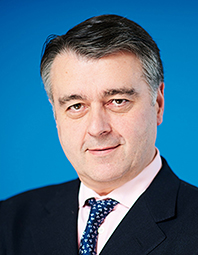 Gérard Lamarche, 55 and of Belgian nationality, is Co-CEO of Groupe Bruxelles Lambert (GBL). He has been Co-CEO of GBL since 2012 and over the past five years has overseen the transformation of the company’s investment strategy and portfolio.

He began his career in 1983 with Deloitte Haskins & Sells in Belgium. In 1988, he joined Société Générale de Belgique as an Investment Manager and was promoted to Controller in 1989 before becoming Advisor to the Strategy and Planning Department in 1992. From 1995 to 1997, he was the Secretary of the Executive Committee of Suez and was later appointed Senior Vice President in charge of Planning, Control and Accounting. In 2000, he joined NALCO (the US subsidiary of the Suez Group) as General Managing Director. He was appointed CFO of the Suez Group in 2003.

Gérard Lamarche is Director of LafargeHolcim, Total, and SGS.

He is a graduate in Economic Sciences from the University of Louvain-la-Neuve, Belgium, and the INSEAD Business School (Advanced Management Program for Suez Group Executives).